But fundamentally, what is money laundering – and what is not? How did money laundering enforcement regulations evolve, and why were certain sectors, including the insurance sector, brought under enforcement requirements? In many ways, the history of money laundering laws is a fascinating reflection of government’s efforts to respond to our collective fears, from crimes associated with organized crime and drug trafficking, to terrorism and massive financial fraud.

The Definition of Money Laundering

According to the Financial Crimes Enforcement Network, or FinCEN:

Money laundering is the process of making illegally-gained proceeds (i.e. “dirty money”) appear legal (i.e. “clean”). Typically, it involves three steps: placement, layering and integration. First, the illegitimate funds are furtively introduced into the legitimate financial system. Then, the money is moved around to create confusion, sometimes by wiring or transferring through numerous accounts. Finally, it is integrated into the financial system through additional transactions until the “dirty money” appears “clean.” Money laundering can facilitate crimes such as drug trafficking and terrorism, and can adversely impact the global economy.

Note the importance of the origins of the money. If a customer arrives at a bank with a pillowcase containing dozens of bundled $100 bills, the bank would be required to submit a record documenting the transaction, but the customer has not committed a crime if the cash was obtained legally. The Bank’s money laundering reporting requirements are in place to help law enforcement develop cases against criminals, not to prevent law-abiding citizens from using legitimate cash. In other words, money laundering is a crime that must be linked to another crime, such as trafficking in illegal substances, corruption, embezzlement, or tax evasion. It is not a crime to move legally obtained money through shell companies located in tropical paradises, or to wire money to sketchy jurisdictions, as long as the money involved is not connected to any criminal activity.

A Brief History of Anti-Money Laundering Laws and Enforcement

The first law that can be described as “anti-money laundering,” was the Bank Secrecy Act, commonly known as the BSA. Passed in 1970 in response to the fact that criminals frequently deposited large volumes of currency into their bank accounts, the BSA essentially deputized banks, requiring them to record and report the movement of currency and other monetary instruments. Its purpose was to help law enforcement officials build criminal cases by requiring the reporting of cash transactions exceeding $10,000, either when deposited or transported across international borders.

The target of the BSA were banks, not the criminals. The focus of the law was to create a system of record keeping and reporting requirements. But several years after President Reagan declared a “war on drugs,” law enforcement sought additional tools to combat drug trafficking, and Congress passed the Money Laundering Control Act of 1986. This was the law that established money laundering itself as a federal crime and began requiring financial institutions to develop procedures to monitor for compliance with the BSA’s requirements.

Through the end of the Twentieth Century, Congress and FinCEN passed a flurry of AML laws and regulations, and the international community began working together to combat cross-border money laundering through the Financial Action Task Force, or FATF. While many of the laws and regulations implemented during this period were designed to reduce paperwork and streamline reporting requirements, others expanded the definition of financial institutions subject to cash reporting requirements to include non-bank entities that deal in cash and luxury goods, such as casinos and car dealerships.

When FATF released its study of Money Laundering & Terrorist Financing Typologies in June of 2005, the report included a lengthy study of the vulnerability of the insurance sector to money laundering. The study, which included ten case examples, noted that the range of predicate crimes underlying the cases was relatively narrow, as most were related to drug trafficking and financial frauds such as tax fraud and embezzlement. The report concluded that while the insurance sector was rapidly expanding and developing more sophisticated products, the primary risk for money laundering came with the life insurance portion of the industry, which provides the flexibility and substantial rates of return sought by money launderers.

Shortly after FATF released its report, FinCEN began to require insurance companies to develop AML compliance programs, though limiting them to insurance products that “present a high degree of risk for money laundering or the financing of terrorism or other illicit activity,” including products with cash value or investment features. Still, insurance companies do not account for a significant portion of the suspicious activity reported to FinCEN. Of the nearly 17 million SARs filed between 2014 and 2016, less than 17,000 of them, or about 0.1 percent of the total, were filed by insurance companies.

The post-9/11 world accompanied a revolution in data storage and analytic capacity, which augmented the ability to identify suspicious activity using sophisticated algorithms. Regulators increased their expectations that financial institutions would know their customers sufficiently well to be able to flag virtually any type of abnormal activity. They also began raising the stakes for financial institutions that failed to comply with their responsibilities under the government’s AML guidelines, punishing financial institutions with record fines for lapses in their AML controls.

In the past two years, following press reports that high-priced real estate was being used to launder criminal cash, FinCEN began requiring title insurance companies to file reports identifying the natural persons behind companies used in large “all cash” (that is, non-bank financed) real estate purchases. The test program required reporting of transactions exceeding certain threshold amounts in Manhattan and Miami-Dade County ($3 million and $1 million, respectively). So successful was the program at identifying illicit activity that FinCEN expanded the geographic reach to include luxury purchases in all the New York boroughs, Broward and Palm Beach Counties in Florida, Los Angeles County, San Diego County, the three counties that form the greater San Francisco Bay Area, and Bexar County, which contains the city of San Antonio, Texas.

It is, of course, impossible to predict with any degree of certainty where regulators will focus their attention next, or what threat will emerge that may demand a new set of priorities. Yet three recent cases provide a glimpse into the future: the $8.9 billion penalty assessed against BNP Paribas, the $1.7 billion civil forfeiture actions involved in the 1MDB scandal, and the arrest of Alexander Vinnik for crimes related to his digital currency exchange, BTC-e.

In 2014, BNP Paribas was assessed an $8.9 billion penalty after admitting that it “willfully and knowingly structured, conducted, and concealed U.S. dollar transactions using the U.S. financial system on behalf of banks and other entities” located in or controlled by Sudan, Iran, and Cuba. Part of the reason for the severity of the punishment was the fact that, to mask the identities of sanctioned individuals and entities, the Bank deliberately falsified transaction data by stripping information from wire transfers so they would pass through the U.S. financial system undetected. The Bank was sentenced to a five-year term of probation, suspended from its U.S. dollar clearing operations for one year, and required to terminate the employment of thirteen individuals, including several senior executives. It was the first time a financial institution and been convicted and sentenced for violations of U.S. economic sanctions, and the penalty was the largest ever imposed in a criminal case.

1 Malaysia Development Berhad, or 1MDB, was a fund created to promote economic development in Malaysia. Between June 2016 and July 2017, the U.S. Justice Department filed three civil forfeiture actions against entities associated with 1MDB, alleging that more than $4.5 billion was stolen from the fund by high level officials of 1MDB and their associates, at least some of whom had close ties to the Malaysian Prime Minister. Proceeds from 1MDB were used to purchase artwork, expensive jewelry, a luxury yacht, real estate properties in the U.S. and overseas, as well as to fund the production of major Hollywood films, including Daddy’s Home, Dumb and Dumber To, and The Wolf of Wall Street. The forfeiture actions seek to recover more than $1.7 billion of these assets and to return them to the people of Malaysia.

While vacationing in Greece last summer, Alexander Vinnik was arrested at the request of the U.S. Justice Department. He stands accused of money laundering and operating an unlicensed money services business known as BTC-e, a digital currency exchange. The indictment alleges Mr. Vinnik worked on behalf of cybercriminals, laundering the proceeds of their crimes, including computer hacking and ransomware, fraud, identity theft, tax refund fraud schemes, public corruption, and drug trafficking. He is also accused of stealing tens of millions of dollars from the hack of Mt. Gox, another digital currency exchange, and of laundering the proceeds through yet another digital currency. Mr. Vinnik is currently in Greece, fighting his extradition to the U.S., where he faces decades of prison.

The story of money laundering enforcement follows the government’s response to our collective fears of the past fifty years: of crime and drug wars, of terrorism and fears of financial instability, of borderless cybercrime and perhaps even of democracy plagued by endemic corruption. Meanwhile, in their public statements, law enforcement officials continue to send a simple message: they will not allow the U.S. financial system to be used to pursue illegal activity and will aggressive punish financial institutions caught facilitating illegal activity. 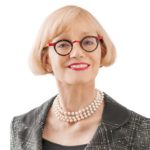 Anne Eberhardt, CFE, CAMS, is a senior director in the Valuation and Litigation Consulting practice at Gavin/Solmonese. She is responsible for furthering the firm’s forensic investigation practice. As an expert witness and forensic accountant, she is experienced in conducting forensic analyses, building and testing financial models, resolving economic disputes, and leading teams in large-scale investigations. She can be reached at anne.eberhardt@gavinsolmonese.com.